Add comment
Emmett
Add comment Watch LaterRemove
Facebook Twitter Email
After recently wearing a JoJo bow for a vlog I was told about the new craze spreading rapidly around schools –  the Fidget Spinner.
I had to do some research to find out about it as I hadn’t come across them myself.  Apparently it is supposed to be very helpful with people that have ADHD (Attention Deficit Hyperactivity Disorder).  The Fidget Spinner is meant to help with concentration.  Another story that came out of it was a sad one.  The woman who invented it for her daughter 20 years ago sold it for 400 dollars. You have to do what you have to do at the time. I still find it so difficult to know that she is missing out on all the financial rewards that come with it now, but at the same time we are recognizing her as the inventor of it.  Credit where credit is due but credit to your bank account too.
So off I went to buy the fidget spinner and it wasn’t an easy task most places were sold out. Eventually I was able to buy a simple white one – a lot of the others have lights or are multi-coloured etc. I decided not to even take it out of the box until I started filming the vlog. On my way home to film the vlog I noticed two children playing with them. Up until that point I’d seen no one so if nothing else the vlog opened my mind.
Here’s how it went …
fidget spinner 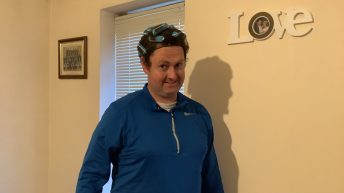 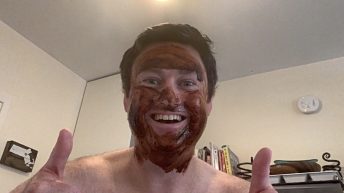