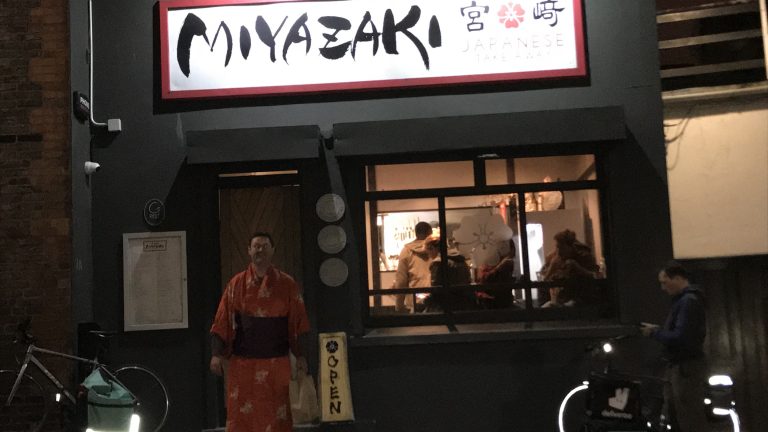 Japanese food is something I don’t have too often. Japan is a country I’ve become interested in seeing over the years. I continue to hear more and more about their polite nature. Eilish has been over there before for a wedding and speaks highly of the country and its food.

She mentioned how a well-known Japanese chef Takashi Miyazaki has a restaurant and a take away in Cork. I researched a bit about him and his restaurants. He trained in fusion teppanyaki cooking and has a desire to experiment.

Eilish had gotten her kimono when she was over for the wedding. I thought it could be interesting and help to feel more part of the culture if I wore it when I was picking up the food.

The week we went there Takashi’s other restaurant ichigo ichie had won a Michelin star so not surprisingly Miyazaki was absolutely packed when we were there and the Michelin star was the hot topic. We ordered the Tori Tatsuta Don, which is a Japanese style crispy fried chicken tossed in nanban sauce. We also got the Yasai Gyoza, which are vegetable dumplings pan fried and steamed served with homemade ponzu dipping sauce as well as the Kisu Tendon, which is a fish dish mixed with rice. The food smelled so good when it came. It already had me glad I said yes even before we got home to try it… 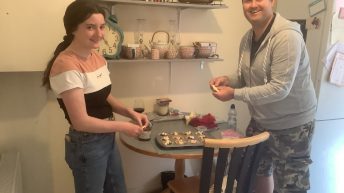 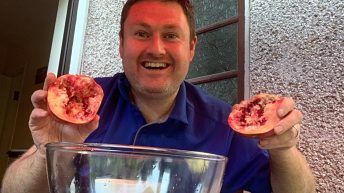 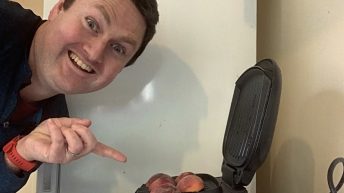